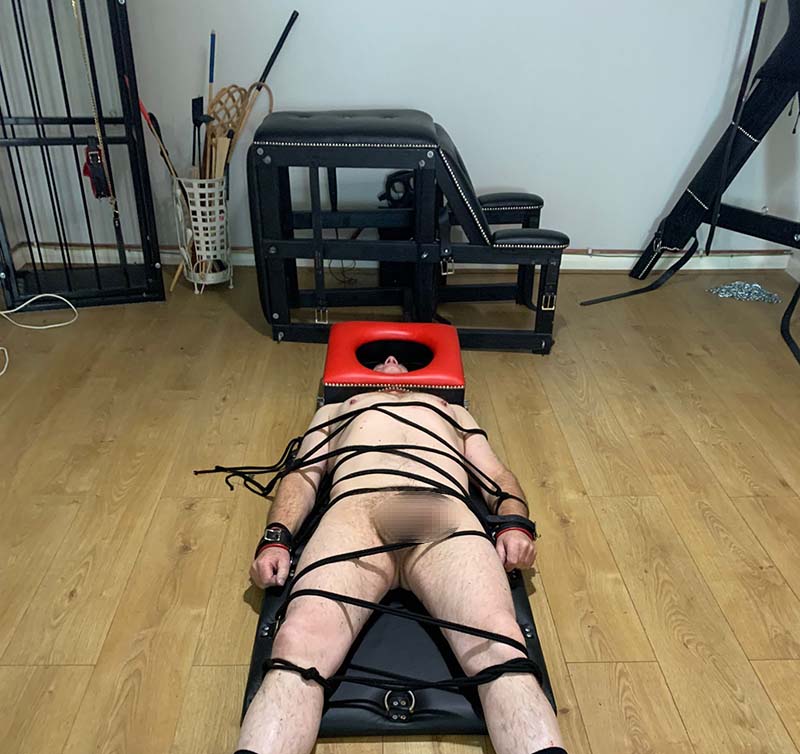 I’ve had many sessions with Mistress V. On several occasions I’ve discussed the idea of enforced hard sports with her and I asked her to spring it on me when I least expected it, and not to be allowed to back out. Scary stuff, for me anyway. Today was the day!

The session started with impact play, using a flogger to get me into subspace, something Mistress V excels at. Moving into the cane then the sjambok. Impact play with Mistress V is a wonderful experience. I used to hate caning but with Mistress V, I love it.

Then I was treated to foot worship and bottom worship. Mistress V has the most delectable derrière.

We then moved onto needle play, with needles being pushed through my nipples and into my cock. Being able to look at Mistress V’s exquisitely beautiful face while she sticks pins into me is one of life’s best possible experiences. By prior arrangement, Mistress V also scratched her initials onto my chest with a needle. Such an honour!

I’d booked a 2 hour session, and the 2 hours was up, so when Mistress V released me from the medical bench I assumed the session was over. Nope! Mistress ordered me to lay on the bodyboard next to the toilet box. I was scared. I knew what was going to happen but when Mistress V gives me an order, I’m totally powerless to resist. I was VERY firmly attached to the bodyboard with rope then Mistress V used me as her toilet, using a lighted cigarette on my balls to make me consume. It was a very difficult experience but I’d requested it. Bear in mind that if you ask Mistress V for enforced hard sports, it will be enforced! In fairness, she does make that crystal clear to you in advance. I now realise that being able to consume anything that has been inside Mistress V is an honour and a privilege. I feel genuinely owned now and I love it.

It will be obvious to you that with Mistress V, there’s no clock watching. You get what you pay for and more. You get a positively life enhancing experience. There’s no-one like her. 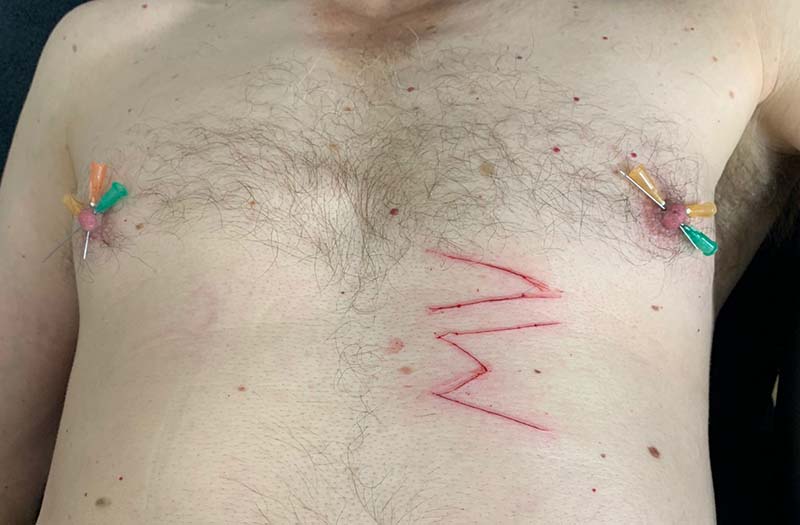 It was blindfolded immediately. When the blindfold was removed, Mistress appeared in a sheer top, black leather bustier, slinky black leggings and black 5-inch Louboutin stilettos. On its knees, collar fixed around its neck and one of Mistress’ new toys fastened to its left nipple – a slow burn thrill.

Mistress performed some intricate ropework, trussing hands to side and providing support for CandB. Strapped to the bench,Mistress started with a soft flogger across cheeks and CandB; then progressed to a stiffer flogger and paddle as its cheeks became rosy pink and tender. Trussing cocky in a black binding, Mistress proceed to explore how flexible and what different angles (including 180 degrees) its old man could be manoeuvred into.

Suitably chastened, it was introduced to Mistress’ BBC – being instructed to provide oral lubrication for same and encouraged to tickle its tonsils without gagging. Mistress indicated that not only was its mouth to be filled by BBC, but to get there some stretching would be required. So saying Mistress proceeded to do so with a slightly more modest member. It accommodated this with relish and enjoyed the feel as Mistress thrust against it repeatedly, using the BBC to prod and push the smaller version more firmly into place. Removing little brother, Mistress attempted to penetrate with BBC; alas and alack, its slinky hips simply couldn’t spread apart wide enough, despite Mistress’ best efforts and alternative positions and techniques – perhaps the next time?

Whilst Mistress relaxed with a cigarette after her exertions, it was busily employed polishing the aforementioned shoes, both sides and soles before cleaning the heels using the same technique as employed on the BBC. Having completed the outside, it was helped on the internal cleaning with a generous donation of Mistress’ saliva, a much-appreciated gesture. Comfort break over, it was strapped onto the inversion table. By now Mistress’ slow burn thrill had sensitised its nipple and a prolonged period of nipple torture and CBT ensued, culminating in a flogging of nipples and CandB. Mistress helped assuage the shakes and thirst wracking its sorry carcass by providing a refreshing champagne cocktail, which it consumed with relish. Mistress really does provide a vintage cru.

Suitably refreshed, Mistress removed the binding and hood and ushered it to the Medical bench. Mistress asked it if it was comfortable. Replying ‘Yes’, it received one of Mistress knowing smiles and giggles before Mistress produced e-stim, sounds and nipple clamps. Mistress is an expert with all the above and it was soon writhing in that sublime state of subspace, where pain and pleasure merge into one, with a sensory overload of sensation as all its erogenous zones were pushed to maximum sensitivity. The response of its anatomy to the stimulation was immediately obvious, and Mistress delighted in teasing and prolonging the agony/ecstasy. Eventually removing the medical nipple clamp, Mistress massaged the by now, squashed and flattened nipple, producing even greater waves of sensation as the blood rushed in to restore the normal form.

And so ended another fine session with Mistress V. Mistress is highly perceptive and responds immediately to verbal and non-verbal reactions while in session, resulting in an ever-changing dynamic which encourages feedback and participation, making each session unique and highly memorable. A session with Mistress V is a life enhancing metaphysical experience, which will remain with you long after the physical sensations have faded.