A Session with d 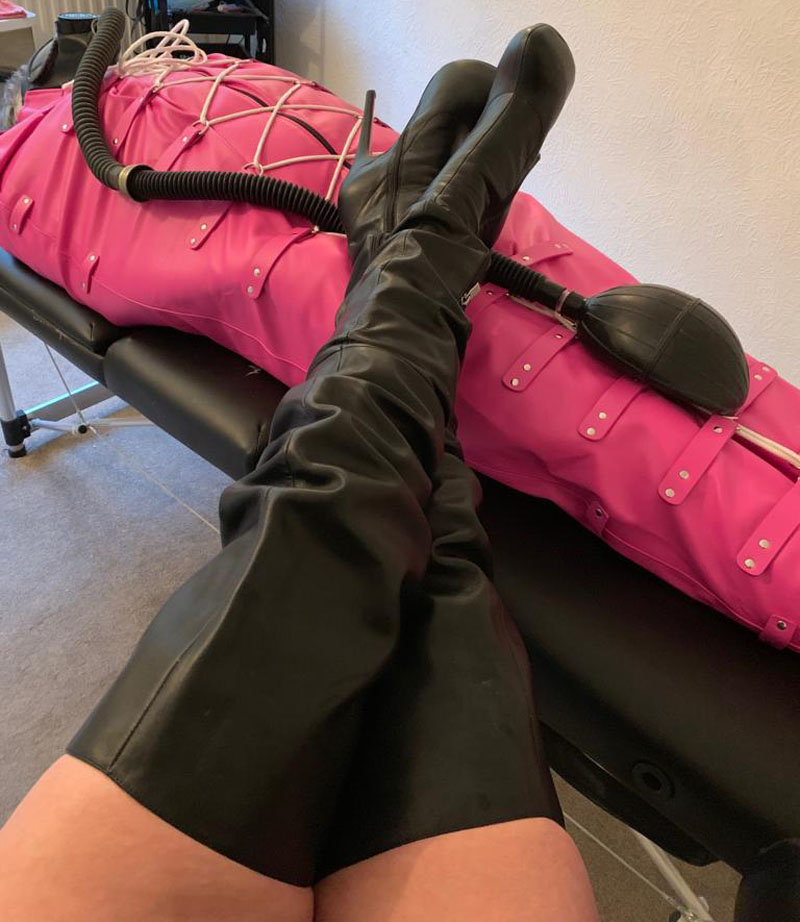 My sub made the call on Wednesday for today’s booking; he said he’d been before but not to the new premises. Hmm I wonder which little perv it is on his way, I didn’t recognise the voice at the end of the phone.

I reached the chambers way ahead of our agreed time as I like to be ready, waiting for my prey to arrive hehe

D rang on time to say he was parked outside.

“Get your arse in here then boy”

Hooding him, I started my rope bondage, administering poppers to get him relaxed so I could have my wicked way with him. Once tied, I stood in front of him with some tiny pegs that I use for nipple torture, fierce little things they are!!! I attached them, and this made me giggle as my sub was wincing and screwing his eyes. I laughed out loud, I needed the weighted ones instead of these and once these were applied, ouch!! He was in pain, what a wuss!! Back to the pegs, twisting them with the tips of my fingers. He seemed to be able to manage this method better.

Removing the rope and hood I strapped him to the bench tight!!!

“I’m going to stick as many fingers as I can up your arse before I give you a good hard fucking. But not until you’re stretched!!”

After fucking him I released him from the bench, telling to go into the medical room.

I instructed him to climb into the body bag, and I zipped him up, tying the rope as tight as I could. I put a gas mask on him with a long tube, then put poppers onto some cotton wool balls and popped them straight into the mask. He was flying now, time to rest my tired feet, what better way than a human foot rest?

after a while I got him off the bed and made him lie on the floor while I sat on his face, smothering him with my arse cheeks holding his breath.

I allowed him to pleasure himself, be rude not to when I’m sat across his face 😈😈😈😈 see you soon d x